SKILLMAN, NJ (June 25) - The inaugural Oracle/ITA Masters, the first national collegiate championship of the 2015-16 season, will feature Axel Alvarez Llamas of Oklahoma, year-end No. 1 in the Oracle/ITA Collegiate Tennis Rankings and ITA National College Player of the Year, and Julia Elbaba of Virginia, the 2014 USTA/ITA National Indoor Intercollegiate Singles Champion.

From Sept. 18-20, the renowned Malibu Racquet Club in Malibu, CA, will host 16 elite men's and women's singles players, along with eight of the most outstanding men's and women's doubles teams, with consolation action for each of the four events. Pepperdine University will help to facilitate the championships as an official event partner.

Fourteen singles and two doubles spots have been determined, with wild card selections and doubles at-large selections still upcoming. The full field and draw will be announced by the ITA closer to the event. Winners of the singles titles will earn automatic berths into the 2015 USTA/ITA National Indoor Intercollegiate Championship. 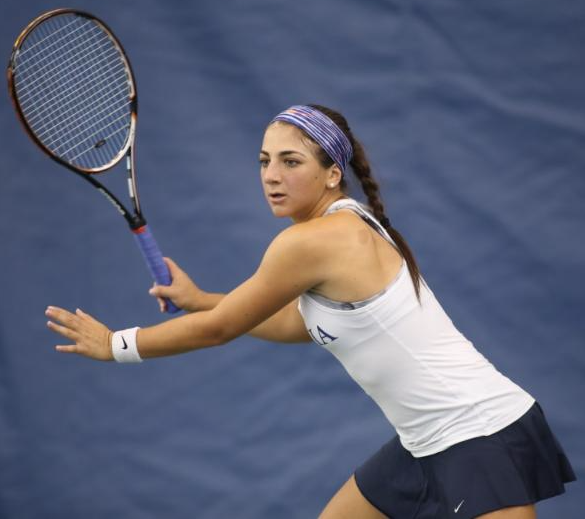 Upon winning the singles title in Flushing, Elbaba became the first ever Cavalier women's tennis player to claim the No. 1 spot in the Oracle/ITA Collegiate Tennis Rankings. She posted a 30-7 singles record, marking her third straight 30-win season and will spend her third consecutive summer with the USTA Collegiate National Team.

The Intercollegiate Tennis Association (ITA) is the governing body of college tennis, overseeing men's and women's varsity tennis at NCAA Divisions I, II and III, NAIA and Junior/Community College. The ITA administers a comprehensive awards and rankings program for men's and women's varsity players, coaches and teams in all divisions, providing recognition for their accomplishments on and off the court. For more information on the ITA, visit the ITA website at www.itatennis.com, like the ITA on Facebook or follow @ITAtennis on Twitter.

Oracle and Java are registered trademarks of Oracle and/or its affiliates.